Rob has simplified the process of identifying High Probability Moving Average Crosses. He Uses his propriety settings to produce the Top Trading Candidates. Rob has developed a series of Scans, Criteria and a Template for Trade Navigator. Included with this Scan Package is:
Buy Now
STMP had a Moving Average Cross (at the last vertical red bar). STMP is getting ready to cross back up. 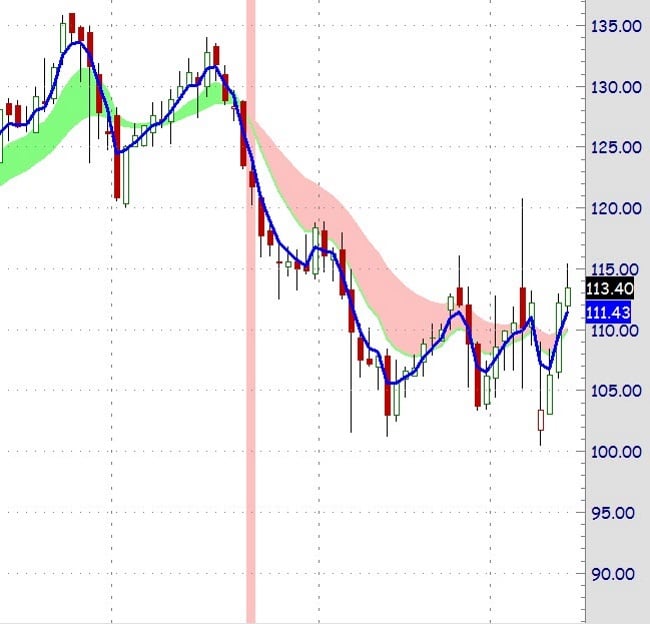 As the Moving Averages on STMP crossed up (the vertical green bar) it made an awesome move of more than $90 on that run. The Scanner picked this bullish candidate out as a possible trade.

IBM had a fantastic run up and the Moving Averages crossed down giving a potential entry signal (vertical red bar). 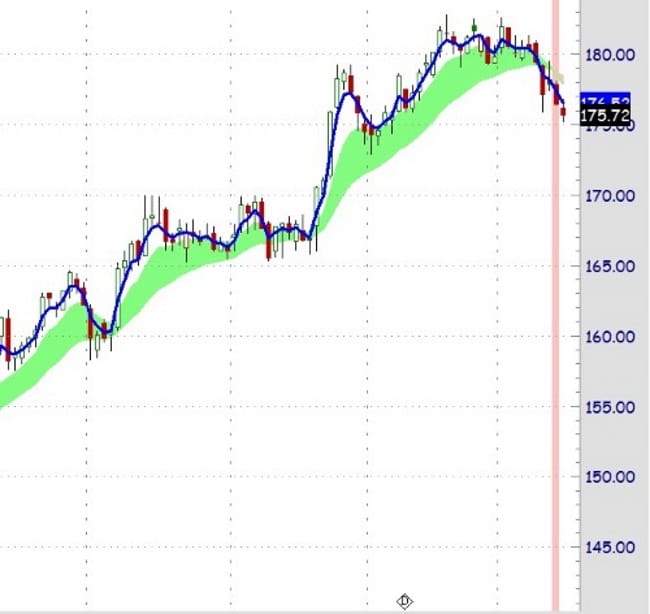 The bearish entry signal came on the vertical red bar (aprox $176). It dropped over $20 before getting a bullish Moving Average Cross signal. 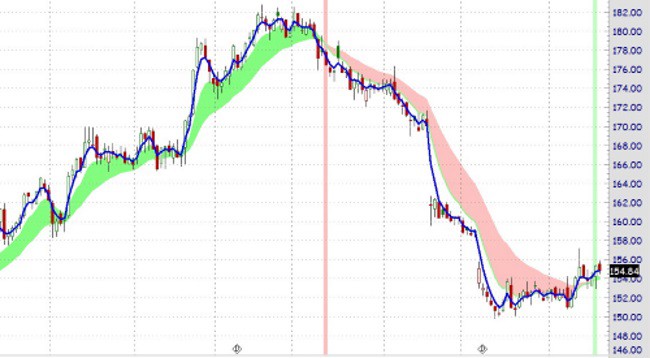 Looking at these two trades it is clear that the WBHQ Moving Average Scanner has the ability of picking AWESOME Candidates.

Rob has back tested the WBHQ Moving Average Scanner on more than 4.5 million days. The trades above are a small sampling of the power built into the scanner. He has agreed to release this series to his students so they can also take advantage of this amazing series.

I know the number one question on your mind right now, How Much Is It?

If you only could have been a fly on the wall in the meeting where the cost was being discussed, all I can say is WOW!!! Because of the scanners potential it was suggested to offer the scanner for $495. This was the average price discussed but Rob did not feel it was a fair price.

Then a price of $995 was presented, and these types of pricing models went on for some time.

Finally Rob stepped in and said we will release the indicator set not at $995, or $495 or any of the other prices discussed. Rob made an executive decision to release the WBHQ Moving Average Cross Scanner for $295. This is a limited time offer, so don’t miss out, click on the Buy Now Button Below to get started.

Note: to use the indicator set you need to have Omega Chartz to run it on.