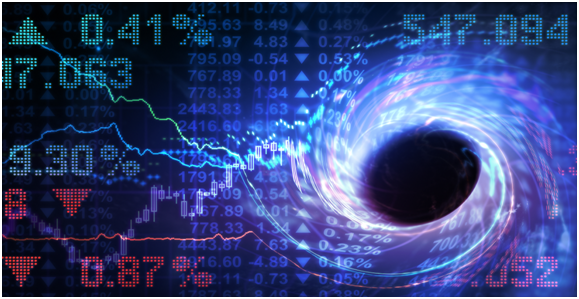 US markets correct in a regular rhythm.

It used to be every 13-21 years over 200 years ago.  Recently this correction time frame has shortened to about every 9-13 years. Not all corrections are the same intensity.

Wouldn’t it be brilliant to learn how to read the signs and how to trade these events?  Most everyday people fear corrections because they are not in the know nor do they have control over their financial savings.

Fortunes are either gained or lost during these events Let’s get prepared to be on the fortune side of this next correction.

Included, you will see a list of stock market corrections over the last 200-250 years.

Shares of the First Bank of the US boom and bust in Aug and Sept 1791. Groundwork of Alexander Hamilton’s cooperation with the Bank of New York to end this event would be crucial in ending the Panic of 1792 next year.

A series of downturns in Atlantic credit markets led to broader commercial downturns in Great Britain and the United States.

Only lasts for 3 years, the market was spooked by the assassination of President William McKinley in 1901, coupled with a severe drought later the same year.

markets took fright after U.S. President Theodore Roosevelt had threatened to rein in the monopolies that flourished in various industrial sectors, notably railways. Lasting over a year.

Last, over 4 years, the bursting of the speculative bubble in shares led to further selling as people who had borrowed money to buy shares had to cash them in, when their loans were called in. Also called the Great Crash or the Wall Street Crash, leading to the Great Depression.

This share price fall was triggered by an economic recession within the Great Depression and doubts about the effectiveness of Franklin D. Roosevelt’s New Deal policy that last around a year.

The global stock market crash was caused by an economic crisis in Asia.

The collapse of a technology bubble.

The downturn in stock prices during 2002 in stock exchanges across the United States, Canada, Asia, and Europe. After recovering from lows reached following the September 11 attacks, indices slid steadily starting in March 2002, with dramatic declines in July and September leading to lows last reached in 1997 and 1998. See stock market downturn of 2002.

Till June 2009, the Dow Jones Industrial Average, Nasdaq Composite, and S&P 500 all experienced declines of greater than 20% from their peaks in late 2007.

On September 16, 2008, failures of large financial institutions in the United States, due primarily to exposure of securities of packaged subprime loans and credit default swaps issued to insure these loans and their issuers, rapidly devolved into a global crisis resulting in a number of bank failures in Europe and sharp reductions in the value of equities (stock) and commodities worldwide.

The failure of banks in Iceland resulted in a devaluation of the Icelandic króna and threatened the government with bankruptcy. Iceland was able to secure an emergency loan from the IMF in November. Later on, U.S. President George W. Bush signs the Emergency Economic Stabilization Act into law, creating a Troubled Asset Relief Program (TARP) to purchase failing bank assets.

Had disastrous effects on the world economy along with world trade.

On Monday, August 24, world stock markets were down substantially, wiping out all gains made in 2015, with interlinked drops in commodities such as oil, which hit a six-year price low, copper, and most of the Asian currencies, but the Japanese yen, losing value against the United States dollar. With this plunge, an estimated ten trillion dollars had been wiped off the books on global markets since June 3.

Learn how to trade the markets from Robert Roy, founder of  WealthBuildersHQ.com