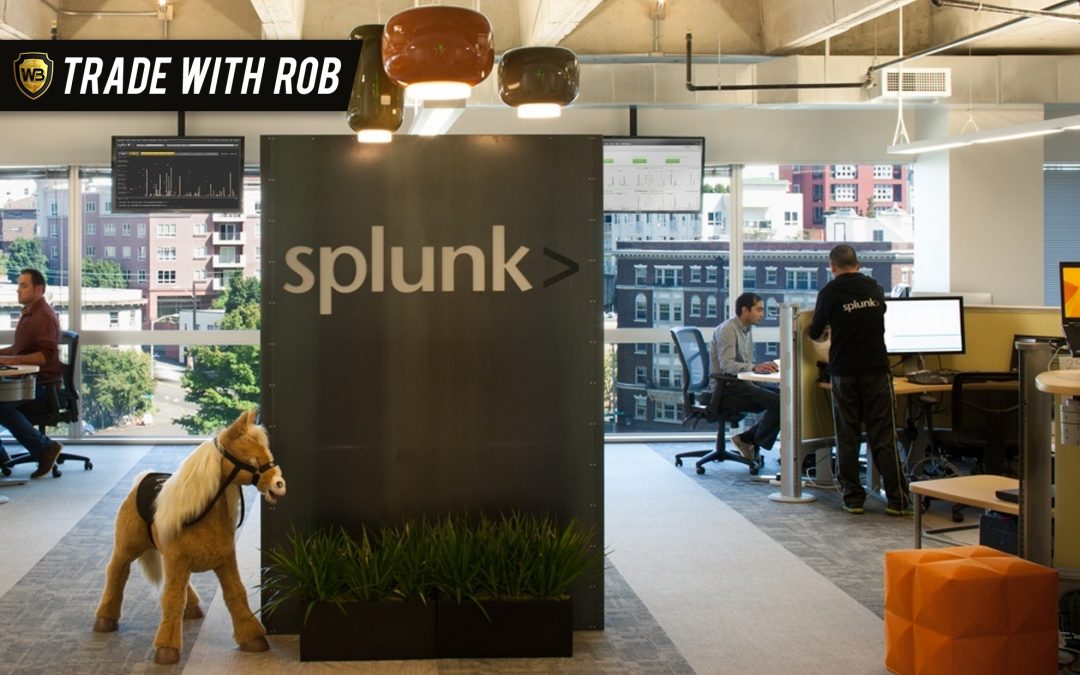 Hey everyone. This is Robert Roy founder of WealthBuildersHQ.com. Welcome to another edition of Trade with Rob, which is for September 21, 2021. Now the market’s just closed up maybe half an hour ago, just shy of that, so let’s go take a look at the markets. First off, keep in mind that each and every one of the candidates we look at are for educational purposes. Only nothing is meant to be advice or recommendations. All right.

So if we look down here, we’ve got our S&P 500 for the intraday move, right? We had this great gap up, nice pullback, lower high, yet a lower high. the bottoms were kind of holding, so almost setting up that descending triangle in there. In some of the earlier videos I put out today, I talked about the S&P and the ES, what’s going on with the fed and all that great stuff, which we’ll hear more about tomorrow. All that great stuff, and be cautious about jumping into anything long, directional – nothing wrong with doing some day trades – but if you felt this was the dip, it was time to buy, you know, you’re not Kathy woods. So caution was the rule, was the play.

With that being said, that didn’t mean that there were not some stocks that did amazing today in the midst of the move we even had. So, Splunk, SPLK is the ticker symbol of the one that I want to look at. Now, Splunk is a company that I knew nothing about. I didn’t know who they were, what they did, until a good friend of mine, a student of ours, but who’s become a very good friend of mine, Rick, had introduced me to this company. Not from a trading standpoint, but from what they did right. About the way that we could utilize in our own business.

A great little setup today. So let’s go take a look. First and foremost, what do we do? We always go ahead and draw out fibs, right? Or highlight the fibs. We’ve got a nice V-bottom down here. Good, strong thrusting, move up. Really sweet pull back in there. We played around nice on that zero line. We got a nice breakout here. Good, strong break from here. That’s excellent. This is actually our first test of our zero line. Now, what we really need to see is, I need to see some form of pullback back to that zero line again, somewhere down near it. Not exactly, I don’t need to go right down to it, but get back near that 146.50 level, (we’re at 148.20 right now), so come on back down.

And, here’s what you’re going to do. These are critical rules. So I just taught these actually in a live training we did this last week in New York, and one of the things that we want to make sure we understand is… So T1 is target one. What does that represent? What does that mean? Well, you’re going to…The way I set this up is you take two contracts as a minimum. You can do one, but I do it as a two contract trade as our example, because we have two targets. The first target is our very first green line, but remember, I need the stock to come back down, retest, and bounce.

Your call if you want it to stop and close at the zero line and bounced the next day, or are you willing to take the intraday bounce Kind of like we got today, had we caught this one yesterday? So target one is there. And here’s S1 which is stop one. Now I only have one stop drawn on that. We’ll talk about that in a second. At target one, you’re going to sell one half of the trade. So we did two contracts, sell one. If you did 10 contracts, sell five. If you did a million contracts, you’re crazy.

So anyway, when you get to that target one, you’re going to move your stop up to just above breakeven, whatever breakeven was on the stock, that is where you’re gonna move your stop on the stock price. And then target two is up here. So if we are wrong and it hits target one and it fails and comes back, we get to a breakeven point plus a little, minus a little on the second half of the trade, no harm, no foul. We’re playing with the house’s money at that point. So to me, it’s all gravy at that point.