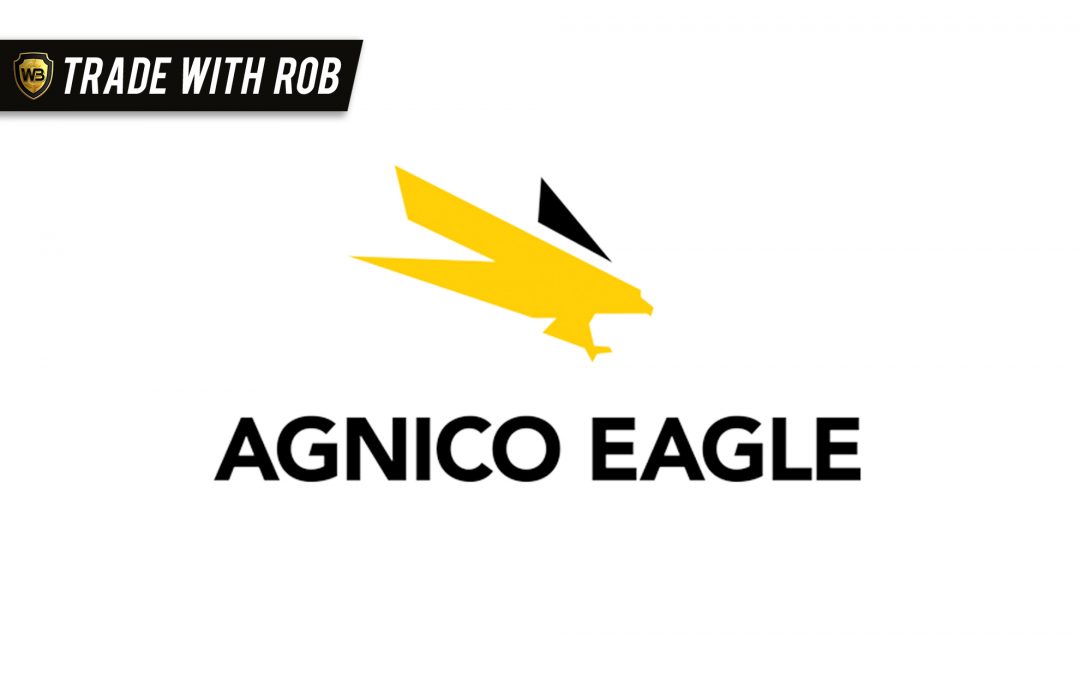 Hey everybody, Robert Roy of WealthBuildersHQ.com. Welcome to another edition of Trade With Rob, which is for August 6, 2021. Keep in mind that the candidate that we look at today is for educational purposes only. Nothing is meant as trading advice or recommendation. So with that, let’s go ahead and look at the S&P 500.

26 points to the upside! What an absolutely phenomenal intraday move today! If we look at the daily chart, we keep pressing our head on ugly, which is this hidden resistance right in here. We just keep bumping up in here. Bumping up, bumping up, but we’re there guys, right at that all-time-high level. So overall, very bullish on the S&P 500. But there are a lot of candidate with earnings coming out that are driving prices in the opposite direction. We’re going to find the candidate of what we look for with Trade With Rob.

With that, we’re going to switch gears and move over to Omega Chartz, where we’ll be looking at the ticker symbol, AEM.

We’re going to start off first with our Fibs. Good, strong move, there’s our h-pattern, 3 standard deviation move we made on that – very nice. We pushed a little bit further down, came back up, and we’ve played this zero-line before. If we look on this different template, what happened? We got a breakout here, and because of the retest, we moved to our first target easily. We pushed back up, maybe 1-2 lines, and there’s our next setup.

Here, nothing happened. Here we broke up, had our retest, and we never really go the continuation here on the first move through, but we did on the second. Right here, you were probably stopped out, and here, we hit our target. And then we did it all one more time, and were stopped out at the second target.

So, what are we looking for? AEM closed to the downside now below that 62.29 level which is our zero-line.

Remember, there is a training for this setup, which you can find here..

If it moves in our direction, the first target is 60.00. It’s not a huge potential on target 1. We’re looking to see if we hit our second target on this setup. Target 1 isn’t going to give us huge profit. We’re not looking for homeruns. We’re just getting on-base over and over again. If we make it to target 1, we sell half of the position. If you have 2 contacts, sell 1. If you have 10 contracts, sell 5. If you have 100 shares, sell 50. What if you only have one contract? Trade’s over, you’re done.

Ideally you do 2, but if you’re not comfortable with the trade setup, that’s okay, just trade 1. Whatever fits your risk profile, that’s where I want you to be.

Great, now what? Then you need to move you stop just below breakeven, so in case we come back up, you’ll still have enough in the trade where it was a profitable deal.

Target 2 is down here at 57.75. This is where you’ll get out of the entire balance of the trade. Whatever’s left, you’re going exit here at target 2.