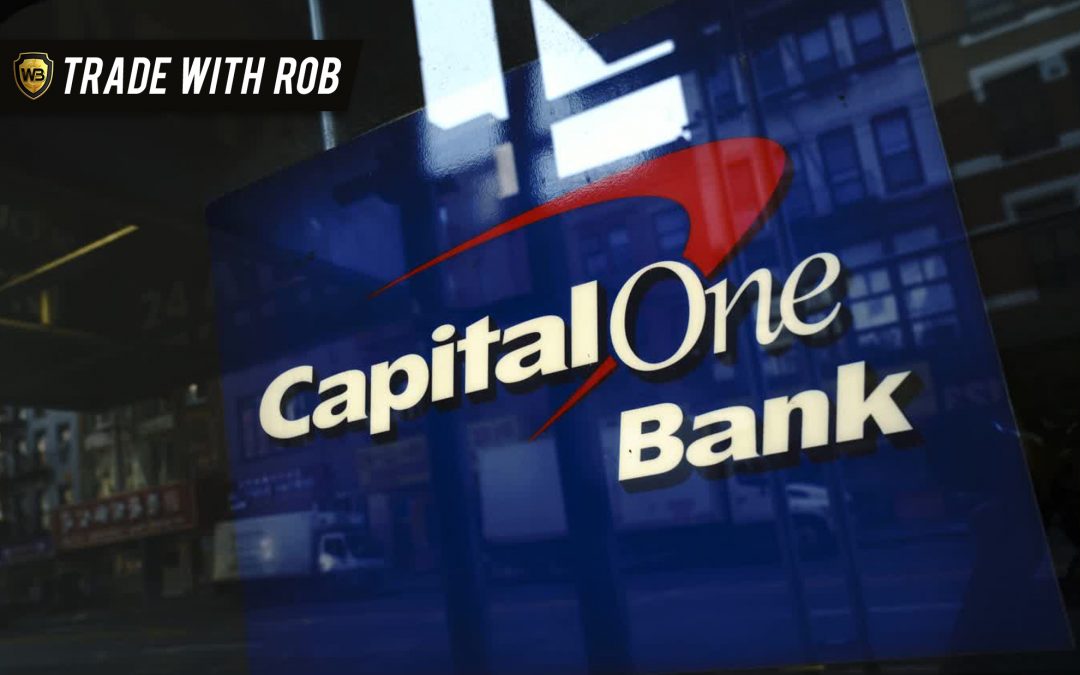 Hey everyone, Robert Roy, founder of WealthBuildersHQ.com. Welcome to this edition of Trade With Rob which is for August 4, 2021. Hope you’re all having a fantastic day. Keep in mind that all candidates we look at here today are for educational purposes only.

The first thing I want to look at is the ES, which is the S&P 500 futures contract. That vertical line is Monday’s close.  So what happened is, we made. A little pop up, we came back down. We had a nice steady run, and around 8 AM we came crashing down. We fought back hard until about noon where we exploded, and then we had a nice continuation until the end of the day, to put the ES up by about 29 points. Great move overall.

So from there, markets are closed and we understand the context of the market. From there, I want to take a look at our candidate today which is COF, our ticker symble.

COF has attached this .136 over and over and over again. If we look at the Fibs, we had a nice move down, a steady, bullish, thrust pattern, pullback to the .236, we did it again, we did it again, broke below (no worries), but look how often we’re back at this line. Phenomenal level. We got a breakout, pull back, a retest, boom. Here we got a close, a gap up, and a fail – nothing there. Here we got a move up, retests, and a bounce. Here’s our opportunity, and you might have been stopped out on that. This one never gave us a trade. This one did – push up, retest, and bounce. Another one here – push up, retest, and bounce. Boom. That was a trade. Got a move up, retest, and bounce. Boom. That was a trade. Move up, boom there it is.

We’re sitting right at that 150.37 level. So here’s what we’re going to do. We’re going look for the trade to move down and get near that 160.37 level tomorrow and bounce. If it does, that’s where the entry is taken. Your stop is set at 158.25. Your target #1 is going to be set at 164. This is where you’ll sell half of your position. We trade these in 2-contract increments in our practice account to show how it works. So, you take 2 contracts, you’re going to sell one there. Immediately move your stop up to break-even. Wherever you entered, you’re going to move your stop to just above that level so you’re not giving anything (or very little) back if it does pull back to that new level. Target #2 will be at 168.25. That’s where you sell the second half of your trade and you are done! That is the entire setup.

If you’re not familiar with this trade setup, the Zero-Line Breakout trade, click here.