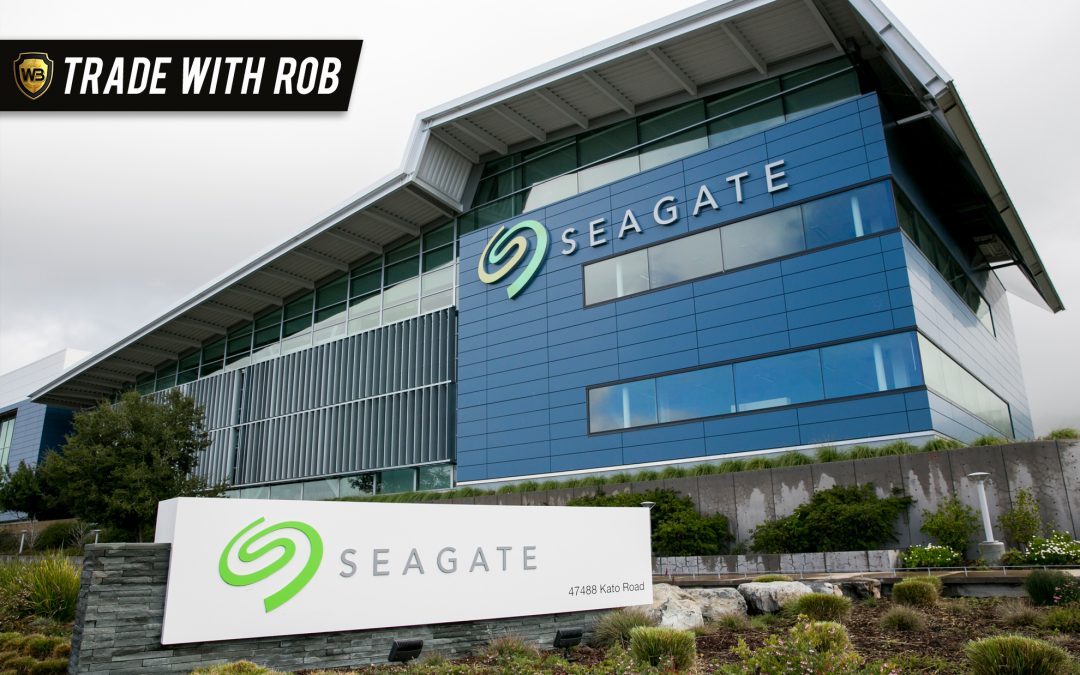 Hey everyone, this is Robert Roy, founder of WealthBuildersHQ.com, and welcome to this edition of Trade With Rob, which is for Wednesday, June 2, 2021. Hope you all had a great trading day today. Now, the markets just closed up, so I want to take a look first at the S&P 500 and see what’s going on there as we speak.

So let’s go ahead and take a look at our candidate today which is STX.

So as we look at STX, let’s go ahead and look at the Fibonacci first. Most important thing is knowing what’s going on with your Fib. Nice V-bottom, good move here, strong, bullish thrusting pattern up into the zero-line. Good fail, made it back to the .236, the hesitation point, pushed back up and exploded to this -.272 line – very nice. Nice fail back off. We pushed up to the mid-point, we’ve failed, and now we’ve now been hanging around the zero-line all over again.

So what are we looking for here? I like what happened between yesterday and today, I like the overall pattern. What I would like to see tomorrow is a move back down toward the 97.10. It doesn’t have to get all the way there, but I sure would like it to get as close as possible, but not a requirement to take the trade. And then, I want to see some kind of bounce. If we get the bounce, I’m looking at T1, target number 1 at $100. You’re going to sell half the position at the $100 point. T2, is that 103.50 level. Inside that 103.50 level is where you’re going to sell the second half of your trade.