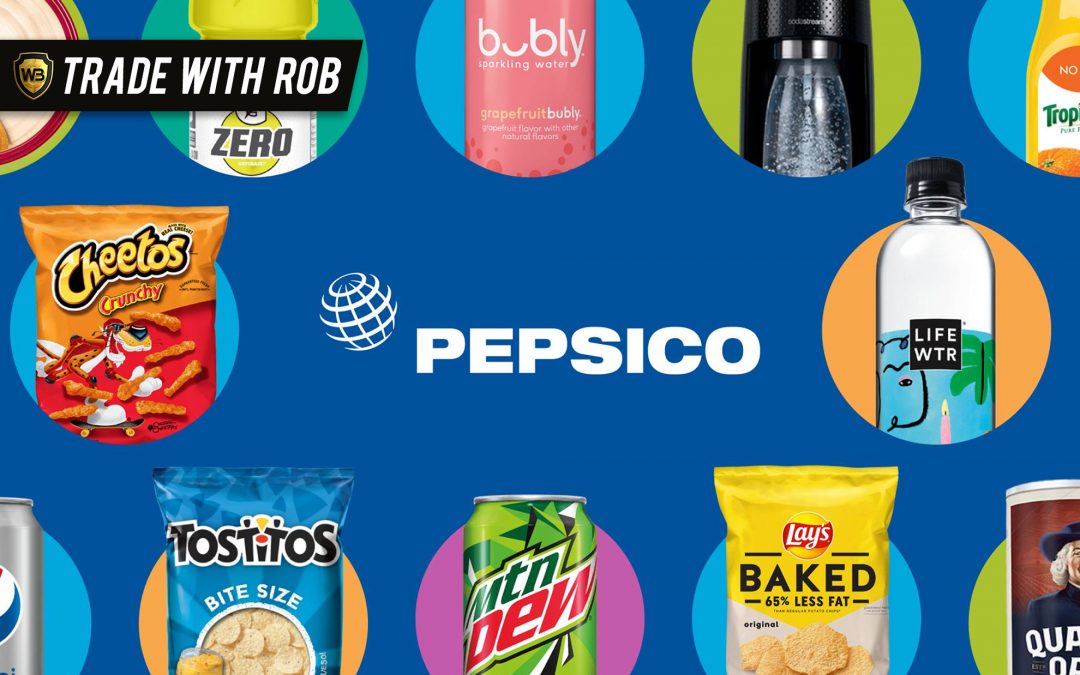 Hey everyone, Robert Roy, founder of WealthBuildersHQ.com here, and welcome to this edition of Trade With Rob which is for May 20, 2021. Now, the markets just closed up a few minutes ago. Let’s go ahead and check out how the S&P did today.

We’ve got an nice V-bottom, we had this great move up to the top, we had this pullback, lots of vacillation here, good move to the all-time highs, and now the last couple of days have been kind of iffy, to say the best. Doesn’t mean there aren’t candidates to trade, but we’ve been very up-down…look: gap down, another gap down, up, up, sideways, gap down, still down overall. We’re in a neutral bias on the market, so we’ve got to be cautious in picking the ideal candidate that we’re looking for.

And with that being said, our candidate today is PEP, PepsiCo.

Let’s define the Fibonacci first, and then we can go ahead and talk about the setup itself. Nice pullback, good V-bottom, sideways move, we had this strong move up, pullback to the .236 which is the hesitation point. We’ve pushed up to what we’d call our first target (the .136 level), we came back. Let’s go look at the trade setup, and we’ll talk about how the rest of the setup faired, historically.

So what we’re looking at is another zero-line breakout. We gapped down this morning, came up and closed to the upside. Wonderful. Tomorrow, I’m looking for a retest of the 145 level, (144.96), retest and a bounce. If it does, we’re looking at about 146.50 as our first target. If we hit it, move your stop up to breakeven or a little bit higher, and then the second target is 148.75. You’d sell the second half of the trade there. If we’re wrong and it goes against us, we’re out at about 144, 139.75 – somewhere around there would be my stop on this setup.

Now here’s why I stopped drawing earlier. If we look, this was a zero-line breakout. We got the breakout, came back down, retested and bounced, hit our first target, got half of our trade off, and the second half would’ve been stopped out at about breakeven. We broke back down again, came up, retested, broke out, went to our target, stopped out at the second half of the trade. Came back again, boom, another time back up again. And now we’re back up there one more time. We’ve had four times that it’s done this. It’s proven that it likes that 147.17 level. I’ve got 146.50 as the first target. If you feel comfortable moving it tighter 146.75, 147 – a little too tight for my liking, but that doesn’t mean you can’t trade it that way. But, the way we have this structured should work well if we get the retest and the bounce. If you don’t, pass on the trade.