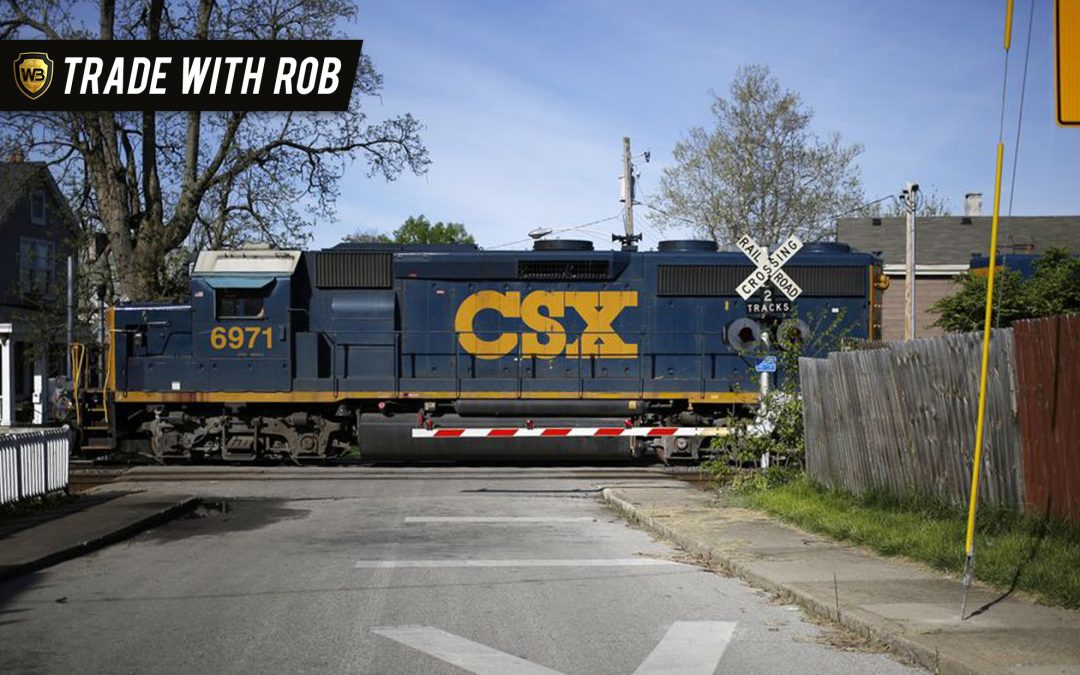 Hey everyone, this is Robert Roy, founder of WealthBuildersHQ.com, and welcome to this edition of Trade With Rob, which is for Monday, March 8, 2021. The candidates we’re going to look at today… we’ve got one particular one we’re going to focus on, but first I want to take a look at the market itself.

If we look at the S&P 500 here, what’s happening? And, this is a daily chart. You can see that on Thursday, we hit an all-time high with that wick that stretched above my 3050.43 line there. And then on Friday, we actually closed at an all-time high. We got slightly above the close on Thursday, and of course Thursday broke above the zero-line which was on the 16th of February, where we put in the previous high on the S&P 500. So overall, the market is in bullish bias, bullish condition, bullish-looking right now.

So, what are we looking for today as a candidate? Today’s candidate is on CSX, which is a transportation company, so let’s go take a look at CSX and see what we’re looking for.

First thing we need to do is validate the Fibonacci that’s in there, make sure that everything looks good – and you see where all these lines are popping up from…and it’s just some voodoo stuff, and there are still some people that believe that’s exactly what it is.

We had a V-bottom and V-top, life is good. We’re looking at a Zero-line breakout today, so what do we have? If we go back and look – we’re here now – let’s go to the left. You know, “Look Left,” famous saying out of my mouth are those words, “Look Left.” And, I’ll even ask in trainings like on Mondays and Fridays, “You know, folks, what is the phrase I’m looking for? It’s two letters…” “LL” You’ll see hundreds of them come through the chat box, because I am adamant that you have to look left.

Well, the last time we broke out of the zero-line – it doesn’t always happen this way – we broke out and we ran beautifully. But, if we look at it and really analyze why it did what it did right in here… we got the close up here, and sometimes the breakout fails, but what did we do? We actually moved down a bit on the open, came back towards retesting that 93.70 level, and we took off. Entry to exit was one day. One day and you’re out of that trade. And then, it moved up a little bit more, and it failed.

Knowing that it moved up and failed is important because I’ve got a couple of different things drawn here. So right now, we closed (on Friday) right near that 93.70 level, specifically 93.85. Life is good.

So here’s what we’re going to do… if you get a bounce on Monday, we’re looking for a potential entry – and of course we’re talking paper trades – and what are we looking for? It all depends on how many contracts you’re trading. If you’re only trading one contract (and there’s nothing wrong with that), 95.60 is going to be your target on one contract, with 92.50 as my stop.