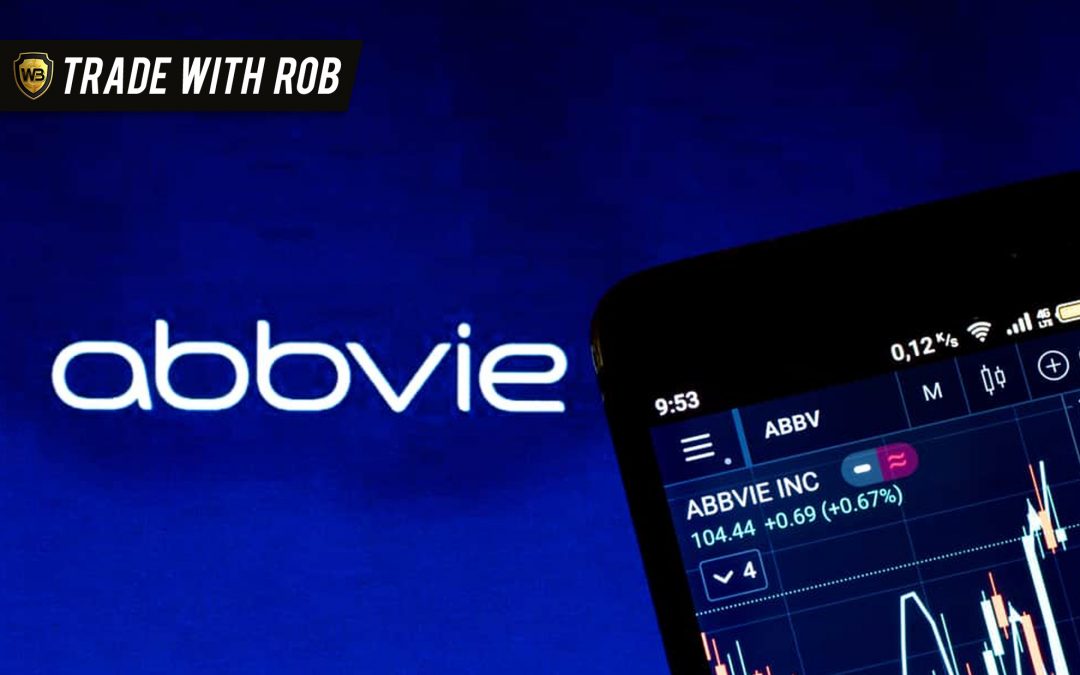 Welcome ladies and gentlemen, this is Rob founder of WealthBuildersHQ.com. Welcome to this edition of Trade with Rob, which is for October 6th, 2021. That is a Wednesday. That is tomorrow. Markets are not closed up that long ago. Let’s go take a look first at the S and P 500, keeping in mind that everything we look at today is for educational purposes only. Nothing is meant to be advice or recommendations, right?

So let me bring up the SPX and let’s chat. So let me get a pencil. Here’s our V bottom on the market. Nice move up, there’s our V-top. We’ve pulled down into this retracement, 50% of what I’m looking for from down about 4,100, took a little bit of a bounce today. We’re still in a bearish bias. We’re getting lower closes still. Well actually we closed higher today, but the overall pattern is still bearish. It’s still trending down and we are below that eight moving average on the close. So we’ll see how the market handles over the next couple of days. It doesn’t mean there aren’t bullish trades to take does mean you have to take bearish trades. There are different trade setups that will still work regardless of the direction and what the market’s doing. Right?

So let’s go take a look. Our candidate today is ABBV. Let’s go take a look at ABBV. There it is. Let’s draw the fibs as we always do. Great V bottom in there. Good, strong, bullish thrusting pattern and a fail. We’ve had already a breakout of the zero line. It moved up to the mid point, we’re good. That tells me we are okay to go three, check marks, that we are okay looking at a potential zero line breakout on this setup. Now with that being said, I’m going to bring it in a little bit.

So we’ve got above the 109 today on a closing basis, right? We’re closing at 109.6, 109.15 is our support level. So what am I looking for this to do? One way or another, either it’s going to move down, test the 109.15. Ideally, I’d like it to come down a little bit below and make the move up. You can do it where it closes near the 109.15, you could do an intraday bounce off the 109.15, yhat will be left up to you based on your own personal risk profile and risk tolerance. Right? So if we enter this trade, now, the way that I show these trades, we do two contracts, tnd there’s a reason for it. You can do these with one; they just have a better result with two, because we’re going for the home run part on the second half of the trade.

So what do we got? So what we look for is the entry to bounce off of here, right? Our target one is that 112 level. Now we make it up to 112, you’re going to sell half of your position. And that’s why I said we do two contracts. If you only have one contract that you’re trading, no harm, no foul. You exit the trade. It’s over. You’re done. Move on to something else. Well, my original stop is right down here which is at 108. And what we’re looking at is this. If we put our order and we’re going to put it into cell two contracts. If it goes against us, we’re going to put it into sell one contract at target one, T1, we’re going to sell one contract. If we hit target one that stopped goes away. We move our stop up above break even, and now we’ve got target two that we sell our second half of the trade at. So in .other words, if we get into the tray that let’s call it 110, we get out at 112, the first half of the trade we get out of the second half of the trade at one 16, life is good.

If it moves up, hits a stop. See, the whole idea is this. Getting into the trade component is easy, right? That’s not what the hard part is. The hard part is managing the risk once you enter that trade, we’re setting our stop. Do we have trades to go against us? All the time. If it goes against us, so what? It’s a trade. You’re going to have trades go against you. That’s just what happens, right? Move up to the first target. Move up to the second target man, home run, and we’re good to go.