The History of Options Trading 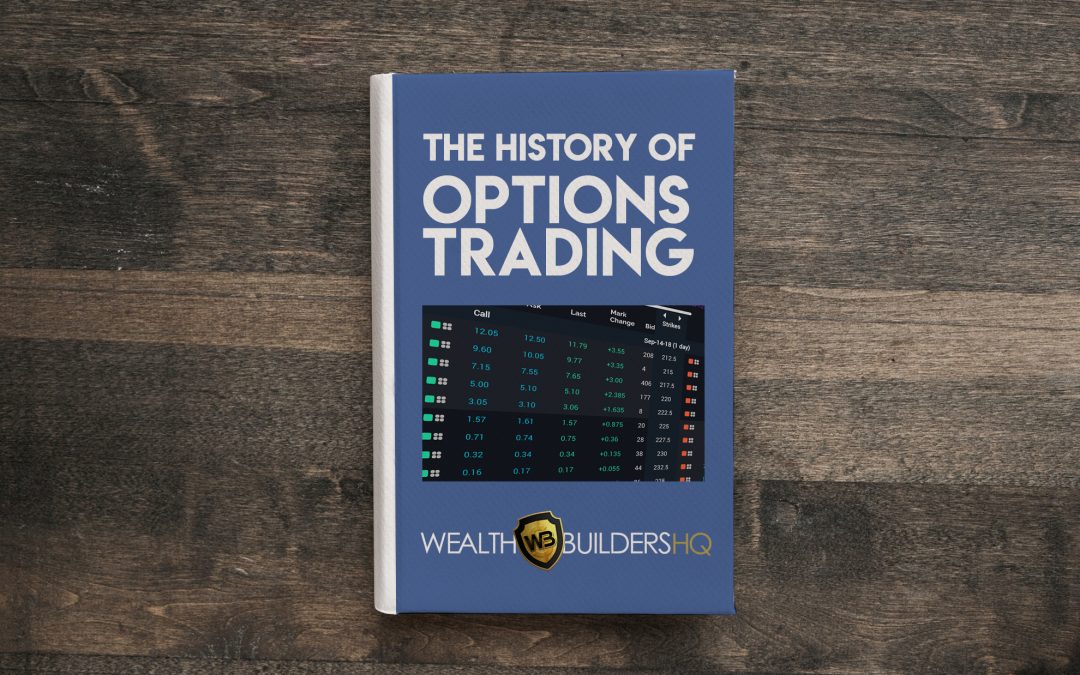 With the recent boom of new commodities such as cryptocurrencies, it may come as a surprise to some investors who might assume options are a contraption fabricated by Wall Street power brokers to line their pockets, but this couldn’t be further from the truth.

While covered put writing, credit spreads, and long call options may not look exactly like the options that date all the way back to the olive trade in ancient Greece, options trading has been around for centuries.

Aristotle’s book “Politics”, referenced Thales of Miletus as being the first option buyer in the world.  Avid philosopher and astrologist, Thales predicted a bumper crop of olives come harvest time.  Knowing fully that a bountiful harvest meant increased demand for olive presses would drive prices up, Thales capitalized on his prediction by offering the owners of the presses a small premium in order to lock in the right to use the presses for the next harvest at an agreed upon fixed price.  Using olive presses as the underlying security, Thales had effectively created the first call option.

During the 17th century in Holland, the Dutch aristocracy coveted a new status symbol and Tulip Mania reached dizzying heights as demand for tulip bulbs drove prices sky-high until finally in February 1637, prices abruptly collapsed when buyers refused to pay the overly inflated prices, leaving tulip traders holding their bulbs.  It wasn’t just their frilly-collared shirts the Dutch lost when the first recorded speculative bubble burst.  Having sold or traded their other possessions in order to speculate in the tulip market, they also lost their buckled hats along with their canal-side homes, windmills and untold herds of farm animals thus plummeting the Dutch economy into a recession.  Since the options market was largely unregulated, options got a bad wrap that would last for almost three centuries.

Options as we recognize them today made their appearance in 1973 when the Chicago Board of Trade established the Chicago Board Options Exchange (CBOE).  It became the first exchange to list standardized, exchange-traded stock options and on April 26, 1973, 911 call option contracts were traded on a mere 16 underlying stocks.  Today, over 2,000 years after Thales had created the first call, the CBOE is the world’s largest market for stock options.

What lessons can we take from this history in order to make us more successful traders?

Well as Warren Buffet says, “If past history was all that is needed to play the game of money, the richest people would be librarians.”

In other words learn from history to avoid pitfalls and recognize opportunities but remain firmly in the present.

Stay current with a list of top option stock candidates included in every session of Rob Roy’s Monster Market Movers.  Register today and rewrite your own trading history!