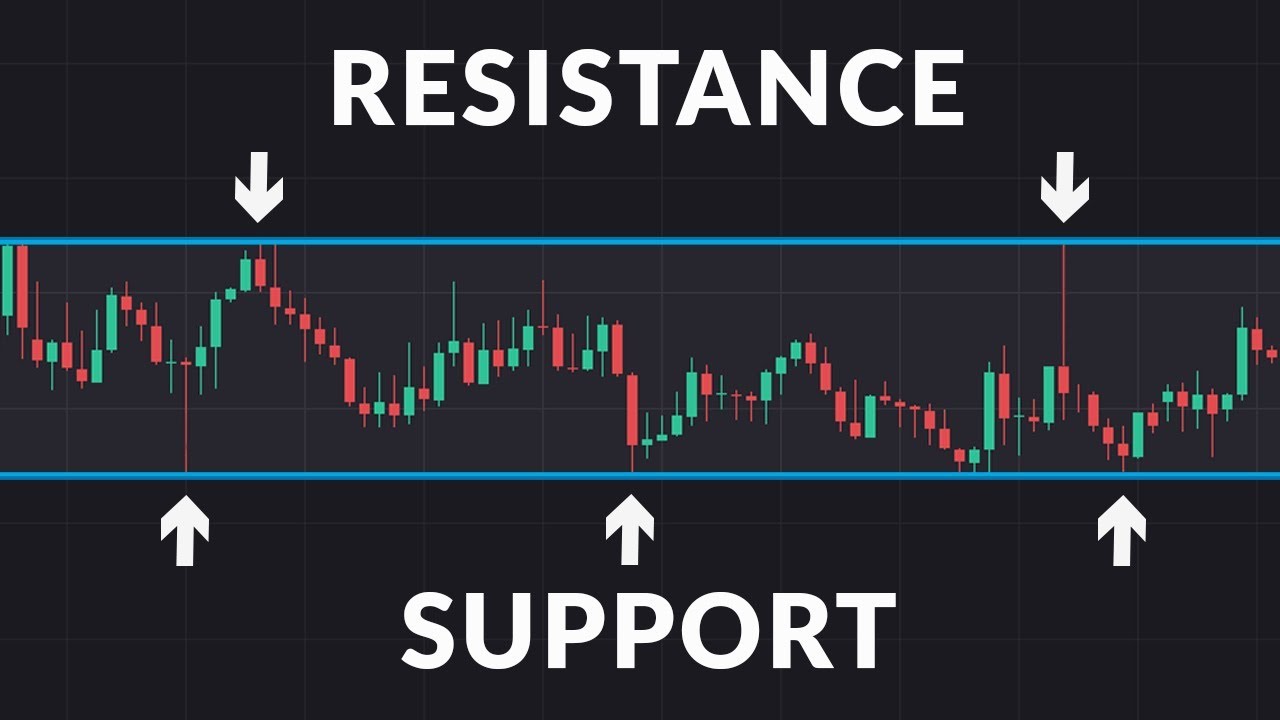 Welcome to The Stock Market Millionaire podcast. This is episode number 26. My name is Robert Roy, and I want to welcome you here. We’re going to get into today Using Support and Resistance Levels to Stack Up Your Profits. Now, technical analysis of the financial markets is a time-tested trading tool, and it is one that is beneficial to each and every one of us as traders, as well as investors. When I first started trading in the markets, there was no instant access to anything. And I mean, anything. It took hours to find out even if your trade was placed. I placed the trade, Morgan Stanley was one of my first brokers, I placed a trade with them. Two hours later, I called and said, “was I filled?” And the answer I got back blew me away. “Well, I don’t know. Let me call down to the floor and I will call you back and get you an answer.”

So now they had to get to a runner to go over to the pit to find out if my specific trade was filled as they’re flipping through pieces of paper trying to find out my order, right? Nothing like it is today. Actually as a news source, I paid a few hundred dollars a month to have direct access to what was going on down on the floor, which I would do that all over again. I would pay $4,000 a month, not 400, $4,000 a month if I could get a faster than you. I can’t, they say it’s illegal. Go figure. I’d be okay with it. I’m sure some of you wouldn’t be, but you could pay the four grand too. Well, the good thing is that doesn’t exist, right? Even the brokerage firms get it milliseconds before you and I do. We get it very much on an even keel of exactly what we’re looking at there.

So, one of my favorite ways to use technical analysis is to utilize something called support and resistance. And, I love support and resistance. They are wonderful indicator set. I want you to think of them like the floor and the ceiling of your room, right? Wherever you are now assuming indoors, you’re standing on a floor unless there’s something crazy going on and you’re on a desk. But if you’re standing up, it’s usually on the floor. That’s your support. If you were standing in fell, you’d land on support the floor. If you ran up a ladder and you weren’t looking up, you’re looking down and you just started running up the ladder, you’re going to bang your head on the ceiling. That is your resistance, right? So you’ve got support is your floor. Resistance is your ceiling. There are major levels that you can snap lines on, on your charts, where you could focus on those horizontal support and resistance levels.
Now, there are diagonal trends that you could also snap parallel lines in that diagonal pattern. My favorite way is to utilize a two word phrase and I am famous for, “look left.” Look to your left, see what the chart has done historically, and analyze what it’s done and see how history can repeat itself. That’s probably one of the most important things about is, we look for things to happen again and again and again.

So, let’s define support and resistance trading. When you look at support, the floor – if we’re buying a stock, let’s just go with the simplest modality of what you can do, you buy an equity. You buy the stock. Well, you want the stock to be moving up, right? And you don’t want the stock in a dead spiral, where it was at 52, when it’s now a, to like an Enron or somebody. Like a who? If you don’t know who Enron is, go look it up. So when you see that stock come down to that support level, let’s say the stock has been trading at a 100 and there’s a support at 88. The stock moves down to 88 and it bounces off of that 88, that bounced off support, there’s an opportunity to step in and possibly buy the stock. Where do I sell it? As the stock moves up and it gets near resistance, not at resistance. If resistance is 110, I don’t want to get out of the stock at exactly 110. There’s an expression, you may have heard it before if you did great. If you didn’t great, don’t worry about it. Cause you’re gonna hear about it now. And the expression is don’t glean the fields. What does that mean? Rob basically means leave some fruit on the vine so that when somebody else comes through, there’s something there for them.

In other words, how do we relate that back to trading? Don’t try to get out of the highest high of prices. Leave a little bit above where you get out so that there’s an interest that other traders will take that trade also, because if you don’t and you try to get out of the highest high… Off with their head! It happens all the time. I have one time only, ever, in thousands of trades that I have done, one time have I got in at the lowest, low and got out at the highest high in a run. And, it wasn’t on purpose, I didn’t say, “oh, this is the one I’m going for,” or “of course I do this all the time.” No, it was sheer dumb luck and nothing to do with being an expert at anything. My goal is not to get in at the perfect time it’s to get in at the right time to find the right opportunity to enter the trade, the right opportunity to exit the trade, because I look for a clear and concise entry and exit along the way.
So when we are looking at support and resistance trading, buy the stock, as it bounces off support. When it gets to resistance, you exit the trade. If it were a bearish trade, the rules would be backwards. If I were buying a put option where I thought the stock were going down, when the stock rolled down off of resistance, I would go ahead and buy a put option. Put option means I think the stock is going down, and when it gets down near support is where I would go ahead and sell it and close that position out and end that trade. That’s one of the best ways to use support and resistance, in my opinion, is allow it to bounce off support, take the entry, get up to resistance, get out and again, flip the rules around, backwards when you’re looking at a bearish setup.

So how do you draw the support and resistance levels? Let’s, kind of define what we’re looking for. In an ideal world, we’re looking horizontal only for now. In an ideal world, I want to see at least three points that the stock has been there before. Can you get away with two? You can. Yes, but I like to see three. I liked it to have happened twice and it’s happening now let’s say. When I look for resistance, the same thing, two will work, but preferably I want three points to draw off of. It may not be perfect. You may not always get that. You may have to make some adjustments. You may have to kind of squint your eye and look really hard at it to figure it out, but the best way to do it is to look left. To look left, identify those key levels along the way.

Now, if you were drawing a diagonal trend line, it would be the same thing. Here’s how you go about doing that. If the line you’re drawing is on a bullish pattern, you draw the support line first. What do you mean? Well, you’ve got two lines, one that’s at the bottom of the pattern and one that’s at the top of the pattern, diagonally. If the stock is moving bullish, upward, find the stock that’s bouncing off support or the line that bounced off support and you buy…ehere you would buy that position, you draw that line first. You would draw the resistance second. If it were the opposite with a market where moving down, you draw resistance first and then you draw support. Just follow along with those simple rules and it will help you immensely.

And a great way to learn more about it is to come and attend our free Power Hour training. We do every week, every Monday. It’s an amazing amount of content that we give in that free training. It’s done noon Eastern time. You can find it on our website. We also do a lot of, a lot of them are not all, but a lot of them are done on YouTube live as well, same time, so you can check us out there, but come check it out if you want to get some more information on drawing those lines, right?

So the horizontal lines, the trending lines, either one works, my favorite are horizontal. Now I use these levels as my bread and butter for my trading every day – horizontal lines, diagonal, absolutely step in there is importance for those as well. No question about it, right? But, those horizontal lines can also lend themselves into other things such as Fibonacci’s and of that type, of course. But support and resistance, if it’s the only tool you use for getting in and getting out of the trade, meaning giving you definition of where to get in and where to get out, they will do well for you until you start to learn some of the more advanced techniques, which I will be teaching you in more of these trainings, particularly on things like Fibonacci.

Alright, ladies and gentlemen, there, you have it. Make it a profitable day. Stay focused on the quest to becoming a great trader, keep crushing it. And remember you’re just one trade away. I’ll see all of you at our next update. Bye for now.