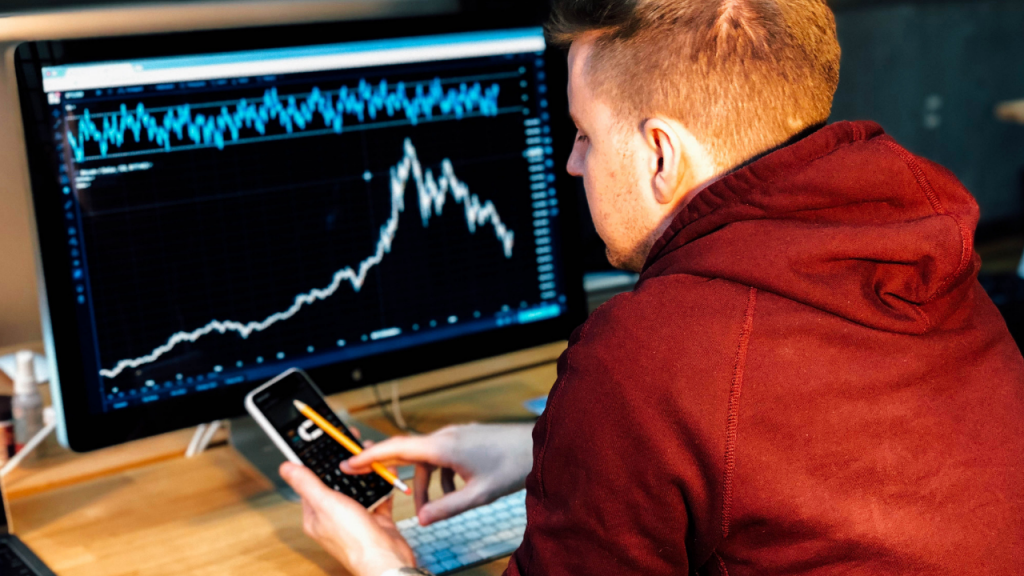 Welcome to The Stock Market Millionaire podcast. This is episode number 15, “Trading Pivot Points, A Great Technical Indicator for Day Traders.” My name is Robert Roy. I’m the founder of WealthBuildersHQ.com. Welcome to this podcast. Now pivot points are an indicator that are near and dear to my heart personally. I love them, I trade them, I use them again and again and again. They are more of an intraday indicator than an overnight indicator, although they can be used there, they definitely work better as an intraday indicator. Well, what are they? What are they? What are pivot points? And I hear that question all the time. Basically, it’s a series of lines that are derived from yesterday’s high, low, and close. And I’m going to give you one of the calculations in just a little while, I’ll lay out for you, the formula – at least you could see what I’m referencing in there and how the basis of it works.
Most charting programs these days have pivot point calculators, so you don’t have to do anything crazy like, I don’t know, figure out what the points are and snap them on the line. I do have some proprietary ones that I work off of, which are more mid points, but other than that, for the most part, all of the various pivot point calculators are available on many of the charting services. And yes, there are more than one, or is more than one, type of pivot points. For me, for you, you should start off utilizing the standard pivot points. Don’t focus on the Camilla pivot points or the Woody. Forget about all the other ones, that’s all deviations or changes made from the original pivots. You will find that if you learn the original pivots first, you may want to tweak some things along the way, but for the most part, they tend to work extremely well. And you will find that intraday, you see stocks move to these points, hesitate, bounce right from these levels over and over and over again.

So I guess one of the questions we need to make sure that we handle is whether the pivot points originate from. They really originated from the floor traders, the men and women down on the exchange floors that said, “I can’t remember that apple has a support at 122 and a resistance at 129. I can’t remember these numbers on the 80 or 90 stocks that we trade every single day in the pit. So, we need to have a formulation that we have a standard set of supports and resistances of where we look for pressure,” and that’s exactly what it is. And so basically, floor traders came up with it. Now, the first reference that I’m able to find of this takes us back to Manning Stoller back in the 1980s, and there’s an article in Forbes that actually references him back there talking about it. And that’s really, you know, when myth becomes legend, right? It’s been out there already before that, but he was the one that went, “Ooh”, at least the first one that I can find that went, “ooh, we should really focus on this indicator set.” So, the origin though really came down from the exchange floors.
When you look at how does one go about calculating pivot points, I’m going to give you the pivot itself because there are multiple lines, and in some future podcasts, we will actually go over some of the other lines, but I want to go over the pivot itself. The pivot point is what the floor traders, the market makers, traders calculate as a base, and every other number works off of that. So there is “P” which is the pivot point. There is “R”s, which are resistances, and there’s “S” which is support.

So, if you look at three lines in a row, the R’s on top, the P is in the middle, and the S is on the bottom. And, there are multiple R’s, resistances, and multiple P’s, one P, multiple S’s for support. And depending on the program you use, and I don’t even mean the indicator per se alone, because some of the pivot point indicators do not even go further than two or three – that’s all they have on there. But if you look at the program you use, the charting service – you know, your broker or an external charting service, whoever it is – if you look at one of those, that pivot point indicated that calculation in there may only go to an R2 and an S2, meaning there’s only two support lines and two resistance lines.

There are other ones that go up to five, and that’s the ones that I like is when I can get it all the way up to five. I tend to do some things and break some midpoints down in there as well, and there are reasons for each of those, right, and benefits behind each of those also. But, you basically take, to get the pivot, you take yesterday’s high plus yesterday’s low plus yesterday’s close – so you add those three up.
So if I made it real easy, yesterday’s high was 20, yesterday’s, low was 20, and yesterday’s close was 20. Well, if I add them up at 60. Well now divided by three. Oh right. That’s 20 duh. I know I didn’t, I wasn’t trying to get you to do math. I could have said if the high was 1842 in the low was 1321, and the close was 76, we don’t need to do math here. If everything was $20, we add those three up at 60, we divide it by three it’s 20. That is our pivot point. You snap a horizontal line at 20. That line is the, where we look for the stock to pivot. Is it going to bounce? Is it going to break through? And, a lot of that has to do with the type of datas. And, as we get through a few more of the podcasts, we talk pivots, we’ll get into some of the trade setups as well, but without making this an hour and a half long podcast and trying to teach everything all at once, let’s go through and break it down into steps, starting off with what pivots actually are and how they work.

Now, the, I get the question all the time, multiple on pivots, but one of them is what is the best pivot point trading strategy to use? So, I am wholeheartedly a day trader when it comes to pivot points. I love, love using pivots on my intraday trades. And, if I can combine them with other indicators for me like, oh, I don’t know, let’s see, maybe let’s make one up. I don’t know. Hm. FIBONACCI. If I can combine it with Fibonacci and I have a correlation, a confluence of two lines overlapping each other, it gives me an added level of strength. As far as strategy goes day trading, but utilizing options. So for me, it would be I’m looking to place day trades, I’m looking to use options only on this, and I am day trading only stocks that have weekly options on them. What that does is it cuts down the amount of capital required to enter the trade, it cuts down the amount of risk because I put less money in the trade, it definitely cuts down the time, but guess what? I’m doing a day trade. So I don’t care that the time is cut down. It also cuts down my theta, which is time value deterioration. So if I have to sit in this trade for 3, 4, 5 hours, I’m not seeing a large amount of premium of time value go away because there’s not a lot of time left in the trade. So that’s for me, that’s it.

Now there are, there are individual setups, such as, uh, a morning Gusto, there’s all kinds of trades where you’re looking for bounces and/or reversals off of those lines, breakthroughs, it all depends on the market condition. And as we move further, along in the series, we will have additional trainings on, uh, pivot points, what they are and how they work. We’ll take it to those next steps.

Now does trading pivot points only work for day traders? It’s not that it only works for day traders, but it works better for day traders because those lines are calculated every day. There are even some traders that calculate them hourly – every hour, they draw a new set of lines on the chart. Little bit aggressive – I don’t know if aggressive is the right word, little bit too much work for me to want to do it. And, even if the program does it for me, I just don’t want to have to keep seeing different levels for me. I’m thinking I’m going to be in a trade and I’ve got resistance at 50, right? That’s my pivot point, stock’s moving up, it’s at 48. Now the hour changes, and now my pivot moves down from 50 to 47 and three quarter. And I just realized I’m through that already. I’m hit resistance, right? I need a plan, I need a path without changing my mind all day long. “Hey, let’s go get pizza for lunch. I bring the pizza home and go, now let’s have Chinese,” right? Let’s pick a path and stick with it. Right? I like it best for day trades without a doubt. All right.

So ladies and gentlemen, there, you have it. I am a huge fan of pivot points. They work extremely well in intraday markets for trading markets that are through the day, just for today, better than they do for end of day or swing type trades although they can be used in there. There are some really nice software programs that have it in there – TradeSation, TOS. I mean, there are so many programs that offer pivot points as an indicator, Omega Chartz, which is all our programs, right? Our software program has a feature where you can get pivot points inside of it as well. So there you have it, ladies and gentlemen, you have a great rest of your day and I will see you at the next update. Take care now. Bye.