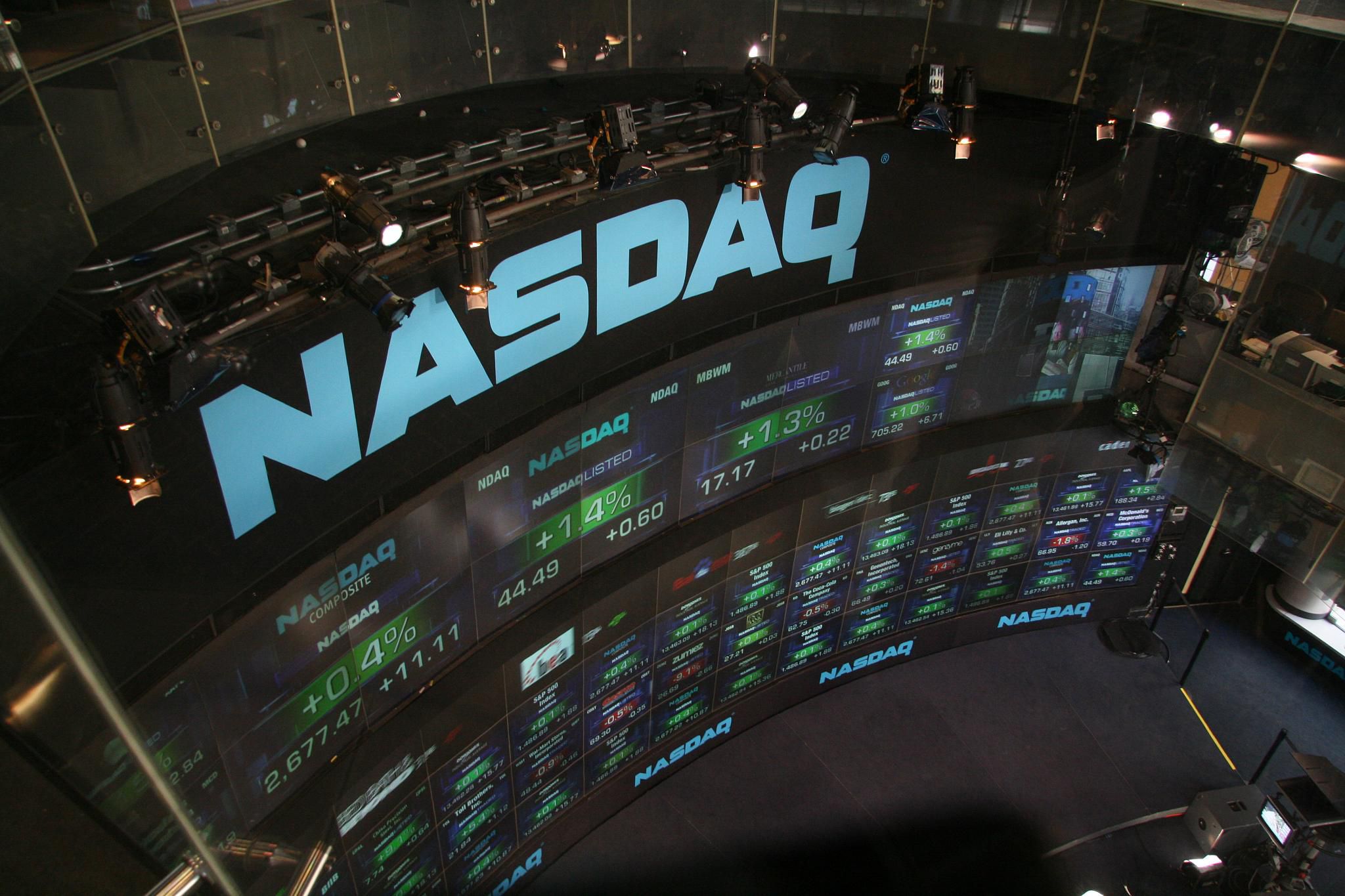 Welcome to The Stock Market Millionaire podcast, episode number 17, which is NASDAQ Stock Exchange, Best Stocks for Day Trading: Today’s pick, AAPL. So let’s talk about first, what is a stock exchange? You know, most people know what a stock is. Most people know who Apple is, but an exchange is where Apple is actually housed. It’s where Apple actually lives. As far as in the stock market, they are required to abide by the rules and regulations of the exchange. They’re also required to abide by the rules of the SEC, securities and exchange commission. So, a stock exchange is nothing more than a place for Apple or any other stock to be traded across the open and public marketplaces.

Right now, the NASDAQ stock exchange is very much, very heavily weighted to tech or technology. It’s a very big deal to be there. It used to be that on the NASDAQ, you had to have four letters in your ticker symbol. One, two or three letters were reserved for the New York Stock Exchange. And there was some rules with the AMEX in there as well, but they’re so tiny. It’s really not very important today. But when you look at, the exchange, it started with, you had to have at least four. Now some stocks have five letters in their ticker symbol.

The difference there is that’s usually a special circumstance. Apple, AAPL is their ticker symbol, right? That’s how it is spelled out. So if you’re looking for Apple and you go to the computer and you type in and spell the word Apple out, you’ll get a red apple, a green apple, a Chinese apple, an American apple, whatever. You’ll get different apples, right? You may find an Apple product in there, but you type AAPL, the market knows, the internet knows you’re looking for information on the stock itself, right?

So the NASDAQ exchange, just like every other exchange. And there are many exchanges out there. Three majors, when it comes to stocks, I’ve mentioned them already – the New York Stock Exchange, the NASDAQ stock exchange and the American Stock Exchange, which has been purchased recently by go figure the NASDAQ. And they did it to get at one ticker symbol only, which we’ll talk about in another podcast.
So what makes the NASDAQ stocks the best for day trading? I am a tremendous fan of stocks that live on the NASDAQ, because for most of the part, you can get information, pricing history and such on those or pricing before the market opens. A lot of the New York Stock Exchange stocks do not publish pricing before the market opening. And that’s, again, just the exchange on how they do things, but in pre-market I can see pre-market prices on my own charts.

If I’m watching CNBC, they know. They’ve got that floor data, they’ve got the best of the best of the best data you can get your hands on that they pay handsomely for, of course, but that data allows them to see every stock and what’s going on, they know from the exchanges all around the world on what’s happening and what’s trading. The NASDAQ exchange is very much tech heavy, and it is very much related to day trades. You seem to get the bigger moves, where in the past, the New York Stock Exchange has always been known for more of the.. I don’t want to use the word boring, but… boring stocks that tend to live on an exchange that are more blue chip. They’re bigger.
Now, Apple is a big stock. It’s a major stock.

And until very recently, just a few months ago, Apple was an amazing trading stock. They lost a lot of that luster when they went and filed for their last one, that they did their stocks split. Microsoft used to be an amazing trading stock. It’s got a great price as of today, both Microsoft and Apple, but it’s not a trader’s stock anymore. It’s too blue chip. It doesn’t move the way with the volatility because there’s so many shares out there. But NASDAQ, great stocks for day trading. Personally, I love them, day trading options, preferably, but you can trade the equity as well. And, they are very tech heavy, which has a lot of interest in anything technology based right now in the exchange, in the markets themselves.

So what does Apple do again? Just let’s make sure we’re clear here. I’m sure you know, a lot of what Apple does, right? But they are a technology company. They can market any product they come up with. They’ve built a band of loyal followers like no other company has done before in the past. They’ve got more cash laying around than any other company out there. Why? Because when, when Apple says we have this new product, their followers go, “oh, I’ll buy it.” I didn’t tell you what it is yet. “It doesn’t matter. I’ll buy it.” Every company has those. We have them. We have those loyal followers as well, but Apple seems to almost be cult-like with how people act with them. My daughter, both of my daughters, even my wife now have completely gone Apple, and PC? They won’t touch it. They hate touching the desktop in my office, which is a PC. The laptop I’ve got in front of me is a PC, right. We use Macs in our office here, but this is mine, I bring back and forth. There are two different operating systems, right? What does Apple produce? Their biggest things: Mac right? iMac, right? They’ve got their iPods, their iTunes, and I use some of those same things, right? The iPhones, I use some of the exact same things, right? Music. I use the iPod all the time, I’ve got an iPad, right? We’ve got one in the office as well. They manufacture high-tech products that they receive a premium for, and that’s the piece you have to understand. They get more than other companies for the exact same product. Is it better made? There’s only three major chip manufacturers in the world. They make most of the chips for most of the tech companies around the world. Well, they’re made in the same place. So they’re using the same parts. There’s a lot of similarities and operating systems and so forth inside of that chip technology.

So is it a better product? I’m not saying that there’s not some superiority to it, but A,pple gets a premium period, just because the name apple is on it. And you can recognize that. Go try to buy something with Sony on it. Sony gets a premium for their name on it. Most of their stuff is not even that good any longer, in my opinion, their technologies, their electronics, compared to what it used to be. Uh, I’m not as happy with it today as I was Apple. They do a phenomenal job. I love them as a trading company. I think they’re an amazing marketing company. You know, every company out there should mimic what apple does. They should duplicate exactly what Apple does in their own business, because Apple has got it figured out. Steve jobs did an amazing job, no pun intended of building a company with a tribe of loyal followers that will buy every product that Apple ever puts out.

So how is Apple stock today different from all other stocks? Well, that tribe of followers is huge. A huge component of it, when they’ve got all these people that want to follow along with what they do, that’s tremendous. So as far as technology goes and loyal followers go, they’ve got it figured out without a doubt. When you look at the stock itself, there’s so much interest in it because it falls under one of the Fang, FANG, Facebook, Apple, A for Apple, one of the major stocks that traders tend to look at, that investors tend to look at almost every major mutual fund out there has Apple stock in it. Apple is the leading share, by dollar amount, inside of what’s called the NASDAQ exchange itself, which houses what’s called the QQQ. The Qs is an ETF, exchange traded fund, and the exchange traded fund is almost like a mutual fund, but a little different. They basically just take everything in it’s in the NASDAQ and put it in a basket and say, “here you go.” You can trade this without the fees of mutual funds, there is very small fee, tiny in comparison to what mutual funds do. And that ETF is comprised very largely of Apple stock. Why? Because they are one of the largest market capitalized stocks in the world. They are the largest one in the world. Okay?

So let me ask you this. Do you prefer to trade Apple stock today or Apple stock options? Right? What do you think? What do you think my answer’s going to be for me? My answer is I prefer the options. I could go out there and buy an option on apple for a very small dollar amount comparative to the stock.

So my question for you is what would you prefer to trade? The options or the stock? For me, without a doubt, it’s the options there. You have it, ladies and gentlemen, stay focused on the quest to becoming a great trader, keep crushing it. And remember, you just want trade away.