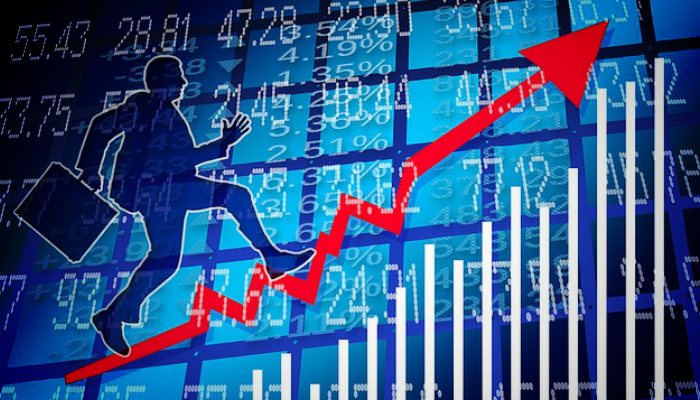 Well, ladies and gentlemen, this is Robert Roy. Welcome to The Stock Market Millionaire, episode number 5, and the name of the episode is “Fall Into The Gap.”

Now, no, no, no. I’m not talking about the clothing store, right? We’re talking about the gap on a stock’s price. So basically a gap is, or what it is is when a stock price opens at one price that is different than another price. So as an example, we could have closed yesterday on a stock at $20 a share, and it opens up at 22. That’s a $2 difference, but that difference is called a gap. And, the gap is because it closed at one price and it opened at a different one. Now, you can also have a gap in the opposite direction. You could have closed that $40 and opened that $30, right? There are not minimum or maximum numbers allowed, right?

There’ve been stocks that have gapped down from hundreds down to $2, right as they’re ready to go under water, because there’s some things that went on with their businesses. So when we look at a gap, let’s talk about what causes it. There are numerous things that could cause a gap. The very first one could be company news. Let’s say they’ve got a brand new product. Every time Apple comes out with a new iPhone, boom Apple’s price explodes. Why? New anticipation excitement. People are looking to purchase these products, which means income for Apple, right? There could be sector news. Right now, there is some news out about chips being in high demand. Prices of chips are going higher. Companies using chips are having problems, struggling, trying to get their hands on the equipment.

My dad was a purchasing director for a fairly big company in New York, and then multiple companies beyond that in his career. And I remember for him, it was what helped him buy his house. And he was commissioned on what he was able to find. And what would happen is, someone would come to him and say, “listen, we need these chips. We can’t find them,” and he would go source them somewhere. He’d find someone that had 10 million of these old IC chips. They want that a penny, a piece. My dad would turn around, procure them, sell them to this other company that he just bought for a penny, selling them for a dime or a dollar even. And they would pay the commission on anything that they were able to sell the product for.

So product news, a new CEO could be good or bad, right? The old CEO going out, maybe he did something wrong. Right? Good for the company CEO out that they were, we found out the CEO was embezzling – bad for the company, right?

Foreign affairs, anything government related, right? Think about anything that talks about the government we’re dealing with right now with our presidency and ll the economic stuff revolved around that, and COVID it, all of that stuff can become a concern – for us as a society, but for traders as well. So any foreign affairs, any government information.

One of the most common reasons that gaps are caused is something called earnings. Now, four times a year, a company will come out and announce earnings on their stock. It’s a quarterly earnings, and it’s not a matter of if they want to. No. They have to, it is an SEC – securities and exchange commission – SEC rule. They have to do it. It’s not necessarily the exact day. There’s some fudge factor on how, how close to the exact date they have to be. They have to announce within X, whatever X is. I don’t know the number nor do I care to because it won’t make me any money. I really want to know when the earnings announcement is scheduled to come out.
So if you use an example, and we take Tesla, TSLA had a $44 price change with a recent earnings announcement. Well, that was 5% of Tesla’s price. AMZN also had a $45 price move; that equated to a 1% change. Why? Because Amazon is three, four, five, eight times the price of what a Tesla is at least as of the day of this podcast being recorded. And then you have companies like Google or GOOGL, right? Which really is the same company, GOOG and GOOGL Google. They’re really the same company. They had $146 gap, which equated to a 7% gap.

Now I hear it all the time from traders about gaps, and the number one question that I hear from them is “will all gaps fill?” Because that is a premise out there that all gaps at some point tend to fill. And I guess if you look at it that way and say, “well, I guess sometime in the history of the world, that stock is going to fill that gap in,” right? When you look at those stocks, when you look at those gaps, when you look at how this works, will the stock always fill? You know, it’s kind of like saying, what’s the best stocks to day trade – doesn’t quite work that way. It isn’t just the best. It’s, what’s the best for what? For the strategy that you’re looking for.

So when we look at the gap, right, the gap fill means, well, actually let’s change the narration there for a second, a gap, when you look at it in Japanese candlestick, terminology, what you’re looking there, what you’re hearing there is a gap as an open window. And, that’s how it’s referred to in Japanese phraseology for candlesticks. It doesn’t like an open window. So that’s where the phrase comes from of “Gaps always tend to fill.”

Do they always tend to fill? Well, no, they don’t always tend to fill. Is there a higher probability? Depending on the gap. You see, all stocks are not the same. So, the short answer is maybe. Maybe. It really comes down to the statistics following or surrounding that company. It’s not just about, “does the gap fill?” Now, are there strategies and techniques on how you could trade that? Absolutely. We have a tool called Gap Statistics that we use to help us understand good, bad, or indifferent. Now, you can day trade these, which is what we’re looking for. My favorite way of playing a gap is a day trade. Now that doesn’t mean that open window where GOOGL gapped up 7% doesn’t get filled at some point – very well could – but it’s not normally today that it’s happening.

So when you look at a stock and say, “will this stock fill its gap?” You know, let me talk about some of the statistics that are out there. So as an example, we’re looking at, I’ve got some stats here that I’m just going to take a look at real quick, right? When we look at a stock that has gap that I’m just chose Apple, right? So what are the chances of Apple filling its gap 100% by the end of the day Apple does not have a very high probability of that happening? Not at all. Okay. But, but, but, but, but, but when you look at certain days of the week, what is the better opportunity for that to take place? 110%, the opportunity is there. So I’ll give you an example. For a gap to be filled on an AAPL, the best day for gap fill on Apple, and this is based on historical analysis of Apple gapping, 68% of the time, Apple fills its gap on a Tuesday. On a Tuesday, right?

There are other components to this as well. What about of a stock gaps up versus gapping down? Are there better days for a gap filling on a company like an Apple or any company, to be blunt about it, and the answer is of course, without a doubt, there are better days for it.
Let me go ahead and take a look at another one.

Do they feel better at certain percentages? Are there half gap fills even better than that? Meaning we only see the gap close up half of the way. So in other words, you would gap open $10, tt comes back five, 50% of the initial gap. Yes, yes, yes, yes. But you also need to look at things such as the day of the week.

Tuesdays are the best day for a Tesla. And again, that is, as of this recording, right? Friday is number two. Friday is a great day for gap fills. Now, when you look at the trade, let’s look at the up versus the down. If we had a gap up, Tesla filled this gap 68.5% of the time. If the gap was up between one and $2. But if we looked at the gap down between one and $2, Tesla only filled that gap about 58% of the time.
So basically, what do we do? We flip a flipping coin, okay, ro come up with the answer on Tesla, right?

Trading gaps is a common day trading options strategy isutilizing this movement, picking an option that has that 65 to 85 Delta and a hundred open inches on a position that expires this week. That, ladies and gentlemen, is an amazing option strategy when you understand statistically how the position works. You need to understand the components behind the gaps. Do not jump blindly into the night. Or don’t go blindly into the night. Be cautious, and have the facts before you go ahead and place that trade, understanding if the stock does make the gap, is this a good one for me today or not?