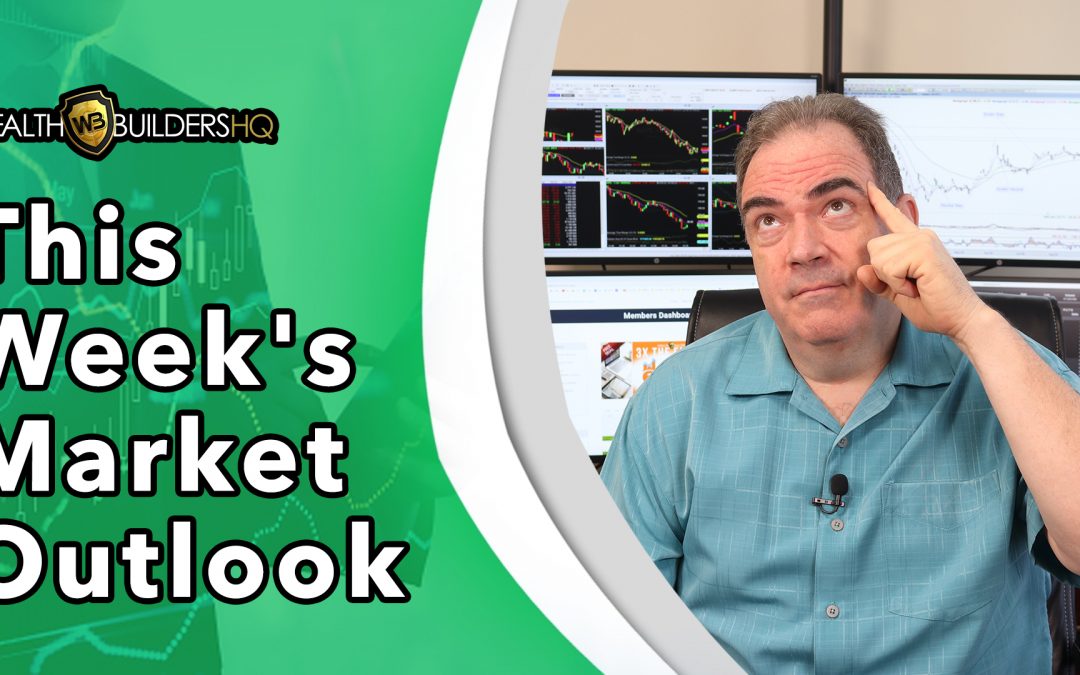 Welcome, ladies and gentlemen, it’s Rob. Welcome to the Market Intelligence Report, which is for the week of Monday, the 28th of November. Wrapping it up, ladies and gentlemen, 2022. Hope you’re having a great day. Hope it was a good Thanksgiving for everybody and I hope today’s shortened trading day worked out well for you.

So the market’s just wrapped up a few minutes ago. It’s about five minutes after one right now. We take a look at the VIX, we’re kind of flat, we’re up a little bit. We’re really not. It’s kind of flat-ish. Really nothing happening in there. Overall, it’s a muted day for today. Not surprised, right? When we go and look at the economic reports for next week, and that’s where I think the story lies is right there. Coming Tuesday, you’ve got consumer confidence, big report adp, non-farm payroll. We’ll be looking at it, right? GPD, you’ve got fed Chair Powell speaks on 1:30 on Wednesday. You’ve got OPEC on Tuesday. That’s meetings all day long. You got PCE, right? You got unemployment next week. You got average hourly incomes. You got unemployment change, unemployment rate. Lot of big news coming out next week. That could cause some effect. And keep in mind, our rate hike is not that far away. Yes, it’s gonna be a hike. I’d be shocked if it wasn’t. I mean it could happen. I’ve been wrong once before. I ask my wife, she’ll tell you, right? Absolutely. I could be wrong on it, but I don’t believe we’re done with hikes yet. I think we’re still going up, right?

So from there, let’s go back and look at the S&P 500 and let’s see what the heck has happened this week and what it might garner us for next week. So if we look at the daily chart and just hone in on the daily, right? It looks like we are right about, well, it is, it’s give or take. It’s about where we closed yesterday. I think we’re gonna be a point under yesterday’s close. We’re down 190. Yeah. So a point or two down on the day we’ve got this 4181 looming just above our head over there. But from a daily pattern, bullish bias, moving averages spreading out, look at the green and brown, 21 and 55. They’re getting nice and wide there. It’s just that beginning of that spread, right? You’re maintaining well on the 8 and 21, but we are now looking at a daily chart. When we flip to the weekly chart, there’s nothing in here that says the bear market’s over. Jump in, start looking at that larger timeframe. Go check out the monthly chart. There’s nothing in here that says the bear market’s over. Was it a good two months for September? I mean, October and November, yes, but we’ve got nothing there yet that says we’re done going down. It’s time to go up. Just keep that in mind. We may be getting closer. It’s very possible, but we’re not there yet. Remember, there’s a lot of talk out there of the beginning of 2023 being bad and not until mid 2023 before we start to recover, And 2024 before we could even see, potentially, some rate drops…some drops in the interest rate, rate hikes…interest rate hikes, drops some drops in the interest rate.

All right, so if we go back to the daily chart, then on this one, let’s look at what happened. 1, 2, 3, 4, right? Because this is Monday. Remember Thursday official holiday. So we got nothing there. So on Monday we came down into the eight moving average. Got a nice bounce. We broke above the 7 64, which is, which is a hesitation level, right? We’ve been there before and we failed. We broke above. We came back with a little retest and bounce, right? That was Wednesday into today. Flat day, half day. I don’t know why they even opened day for the day after I did nothing as far as trades today, I managed a couple of positions. That’s all it was. Some open things that I had. Other than that, nothing really big out there today just because of the lower volumes that take place on these particular days, right?

So what are we looking at? That 3993 is big. You’ve got this down trend line from that bigger picture, right? We go back and look that bigger picture down trend on the daily chart, we’ve got that in there to contend with right now, and we’ll just, we’ve gotta see if we’re gonna bump our head on there and hesitate at that point. If we break 4119 and then 4181 or the next two upside targets, we’ve gotta confluence setting up though with the 8 EMA and the .764. Now that’s important. If we can bounce off of that level and get some more leg behind us, that’s great because we’re still putting in higher highs and higher lows, right? We had a higher high here slightly. Now, can we get that continuation, small pullback and a bounce? That’s what we’re looking for, but there’s a lot of things setting up out there that could throw us off over the next couple of days and or weeks. So keep that in mind.

All right, have a great rest of your weekend and I will see all of you on Monday at our next one. Take care folks. See you then. Bye for now!