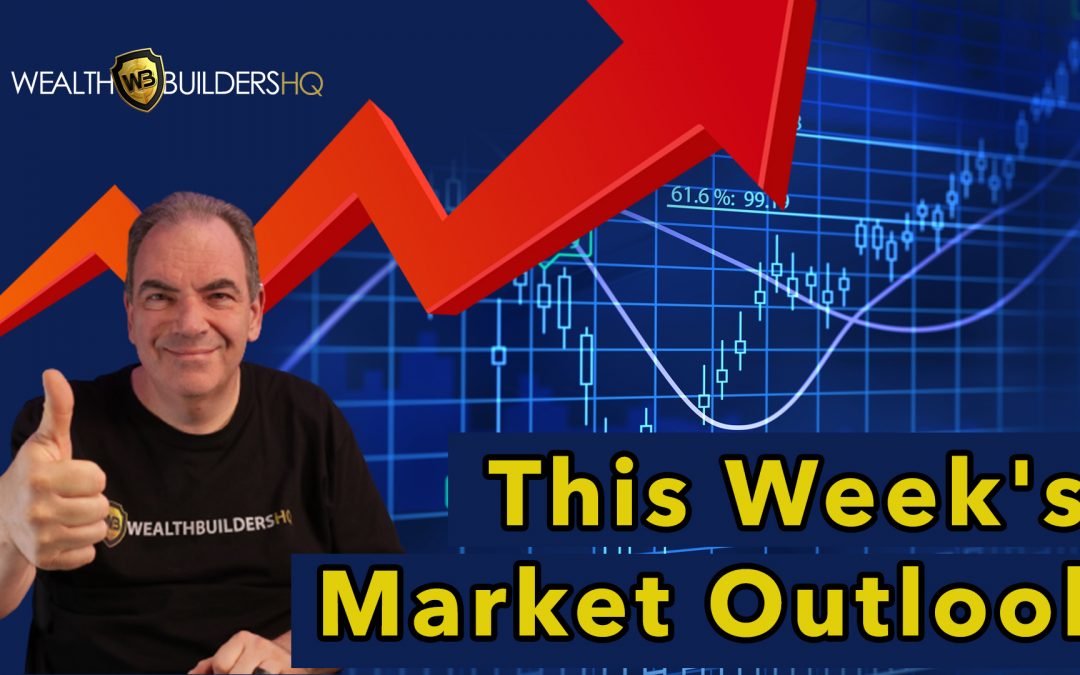 Welcome, ladies and gentlemen. This is Rob from WealthBuildersHQ.com. Welcome to the Market Intelligence Report, which is for Monday, October 3rd, 2022. Hope you’re having a fantastic day. Man, what a week it was. The ice chopper was back in action again this week and it kicked tail. It is a great indication of what’s going on. We’re gonna take a look at that.

But first, let’s go ahead and take a look at our, upcoming economic reports for next week. So what do we got coming up? We’ve got a couple of ’em that are gonna affect what’s going on. We got ISM, not too big a deal. JOLTS, Yeah, that could have some impact. OPEC for sure. If OPEC says “Uhuh Mr. President, we’re cutting production, we’re jacking prices,” so much for whatever little hope the economy has right now of getting better, right? Uh, ADP, non nonfarm payroll will be a big one. Unemployment always big one. Earnings, not that big a deal. Unemployment rate. Yes. So we’ve got a couple of reports coming out next week. Keep your eyes open. Check each day, every day of the week with the exception of… Even Friday. Every day of the week next week, we’ve got something that could affect you as a trader.

All right, so now let’s get back to the ice chopper. The ice chipper, not chopper, chipper. I’m the chopper doing the chip-ee, right? What’s happening here guys? What’s the ice chipping, right? You see how we close down this day and we close down below that, hundred point level, that dotted line, and then we kind of pierce through here. We gap down and we got into this sideways move and we’re stuck in this blue zone. I call it the “dreaded box of neutrality.”

We’re just doing this sideways move. It’s crazy, right? We’re going up and down, up and down, up and down. Well, yesterday, let me zoom in on, I mean, you’ve gotta see this yesterday. Oh, wake up. Ha. Yesterday we broke through that Fib line just a little bit. We kind of chipped the ice. We put a little pinhole in there, but that was the bear saying, “we ain’t gone yet, baby.” We stretched down. Yes, we closed up a little bit higher yesterday, this black candle. We closed up a little bit higher, but we’re making the inroads. We’re working our way down, and today we gap down a little bit from where we are and we start to run, right? Bulls are getting excited, man. Things are rocking. I’m in our inner circle training today. I’m watching the market on another screen as we’re talking, as I’m training there, and we just collapse.

We go right down through the Fib line. We go right down through the a hundred point level. My goodness gracious, we haven’t seen this kinda selling in how long? We’re down over almost 25% right now from the all time highs! 52 week highs I should say, which are the all time highs. We’re down about 25, 26% right now. And we’re not done folks. We are not done. Did you hear it? You’re hearing it here. If I haven’t heard anybody else say it, we are not done.

We’re gonna head down to that 3382.50. That’s our stopping point. It doesn’t mean we’re going there today. It doesn’t mean we’re going there tomorrow, which we’re not either one of those days today. The market’s closed or an ain’t today. Tomorrow, Saturday and ain’t tomorrow either. But it’s gonna happen sometime in the near future folks through this bear market. We’re not done.

Now, are there some things that can throw monkey wrenches in there? Sure. What happens with the election, the midterm elections that could have an issue with it. Uh, the war with Russia and Ukraine being over, that could have an issue. OPEC deciding to drastically reduce prices and increase production, won’t happen, but that could have something to do with the market shift also. But right now, we’re still in that bearish trend, that bearish pattern. It’s not the place to be making long term plans to the upside on your stocks yet. That’ll come soon enough, but we’re not there today, right? So look for that 3382.50 level. Yes, I am being that specific 50 because it’s a midpoint between, between two major Fib levels. This black line here, 4181, and there’s another black line a little bit further down. 2584. Oh, you can see the, the label I put there for it. This black line, right? This black line. And the brown line is in between. Critical levels. All of them. Where do we go next?

Let just bring it back to where it was. We’re going back down to that brown line next. Does that mean it’s gonna happen right away? No. But folks, we’ll see some bounces. We’ll see some up and down just like we have along the way. Bullish candle. Bullish candle. And then what? UGH, and smack, right? And then the ice chipper comes back at it again. We’re gonna keep breaking those lines. Watch the bear break through the lines, pull back up and (CRASH) take advantage of it over the next couple days after that, right? That’s the pattern. That’s what we’re looking for. We’ve seen over and over and over again in this marketplace. I’ve seen it for decades like this in this time of year, this season of the market, I should say, not time of year, season of the market.

When we’re in that bearish pattern, we’re in that bear market down below 20%, We blew through that sucker all the way up here. So what are we looking at? Be careful! Day trade, that’s number one. That is first. That is foremost. Be careful on buying long term. Be careful on the buy and hold, unless you understand the ramifications. We may see some more downside before we see some upside.

With that, ladies and gentlemen, make it a profitable day. Stay focused on the quest of becoming a great trader. Keep crushing it and remember, you’re just one trade away. Take care of everybody. I will see you all at our next update. Bye for now.