Do You Enjoy Failure? Here’s why you should! 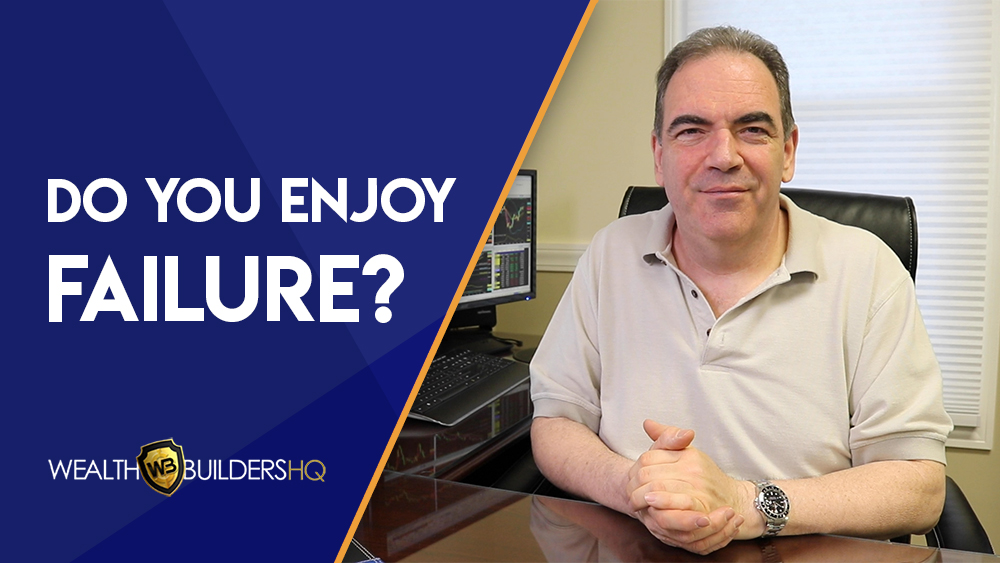 Let me start off by asking you a question: do you enjoy failure? Yeah, that was the question.

Do you enjoy it? Here’s another one, are you good at it? These may sound like strange questions, but you know what, you need to be. Here’s why the best traders LOVE failure.

See, but there’s something called “successful failure,” and what success failure is if you fail at something, you go out and you make a mistake, and you don’t do well on something you do it again, but you learn from it.

You build upon that mistake, on that error, and make it better the next time, and it’s a steppingstone where you continue to do better with it. I love the comments that Edison made when he was asked,

And I swore that every time you said that in the workshop you were looking right at me, right in my eyes.” She said, “And I wasn’t going to give you the satisfaction of quitting, and I did it in spite of you.

” I said, “Oh gee, how bad was that for me to push you to that level that now you’ve become you’ve become successful at it in spite of yourself?”

Success and failure, go hand in hand together. The best traders out there have built a trading system that has learned from their failures.

You’ve taken the things that maybe you’re not very good at, and you’ve built it into a system that you can protect yourself.

You’re not going to stop trades from going against you. I absolutely guarantee you will have trades go against you,

“But Rob, you lost money.” No, no, no. It’s not losing money, it’s the cost of doing business.

The best traders in the world fail to their own success. If you truly want to be a successful trader here’s what I would suggest, click here for our free training where we teach you what it takes to become a master trader,

to become a successful trader. We hope this helps you to reshape your thinking on why failure is a good thing.